A Visit to February’s “Under in the Mud” Story Walk

Posted on February 27, 2021 Categories: Recreation No comments yet 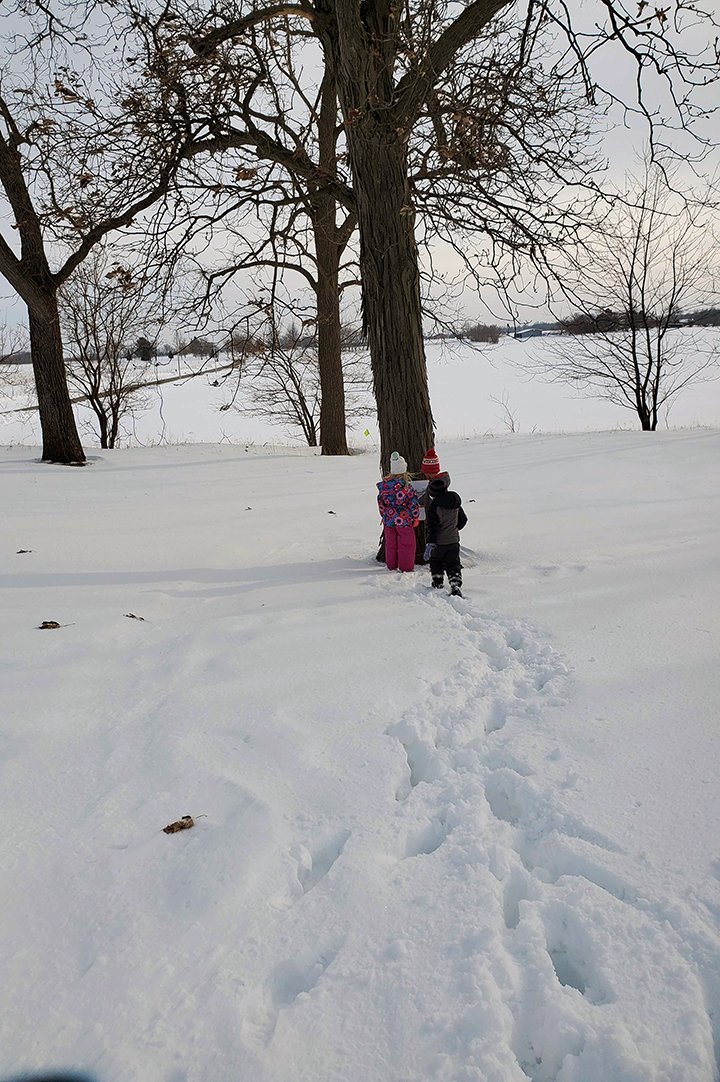 Silverwood Park volunteer Rita Fox took her grandchildren Kohl, Harper, and Griffin to Silverwood Park for the “Under in the Mud” Story Walk on February 24th. Fresh snow had fallen the night before.

“The kids were really intent on the deep snow,” Said Rita. “They were enjoying the adventure of that so much, they could barely slow themselves down to read the book” when they got to each station on the Story Walk. Rita was moving a little slower than the children, but would catch up with them at each station. “It was really fun to listen to Kohl, who is 9, reading the pages of the story to the younger ones.”

The children’s book Under in the Mud, by Laureanna Raymond-Duvernell, introduces ten different animals and how they survive winter’s cold temperatures. The book was published in November 2020. In a partnership with the Edgerton Public Library, the book appeared, page by page and station by station on a Story Walk at Silverwood Park in February. It ended February 28.

Rita Fox holds the office of Board Secretary for Friends of Silverwood Park, and capably leads the volunteers who work on woodland restoration management. 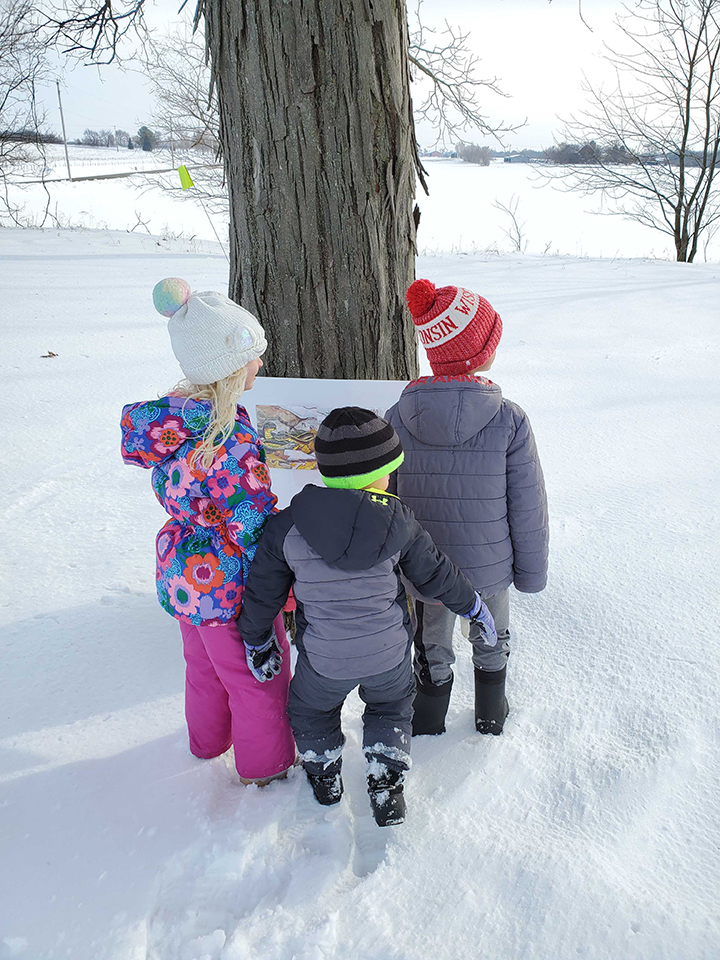 Rita Fox’s grandchildren (from left, Harper, Griffin, and Kohl) reading page of “Under in the Mud” on the Story Walk. 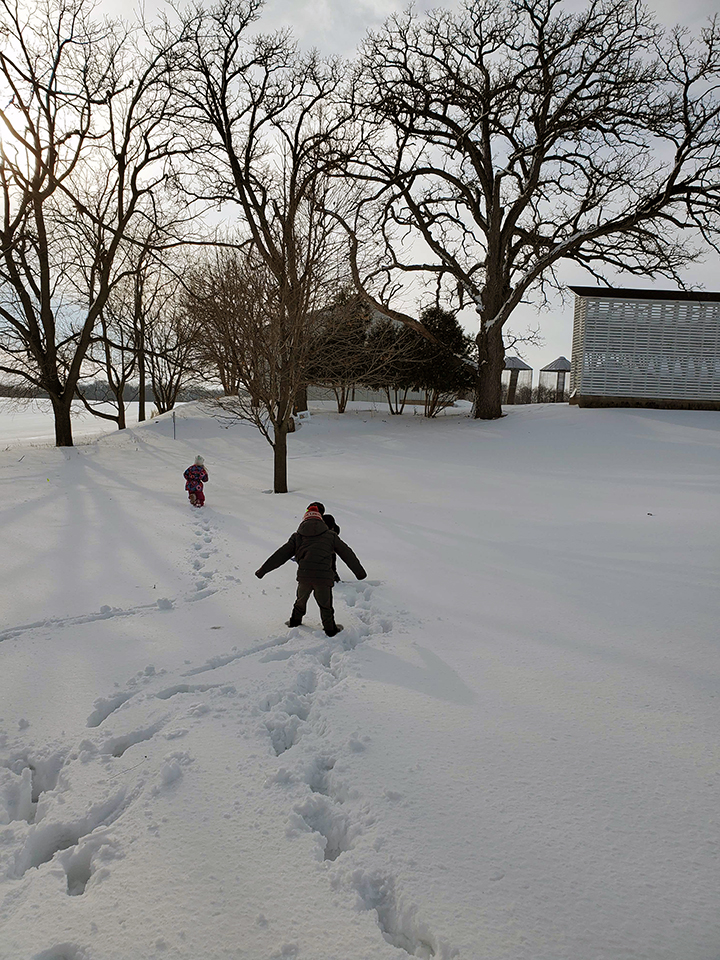 The snow was quite deep in places! 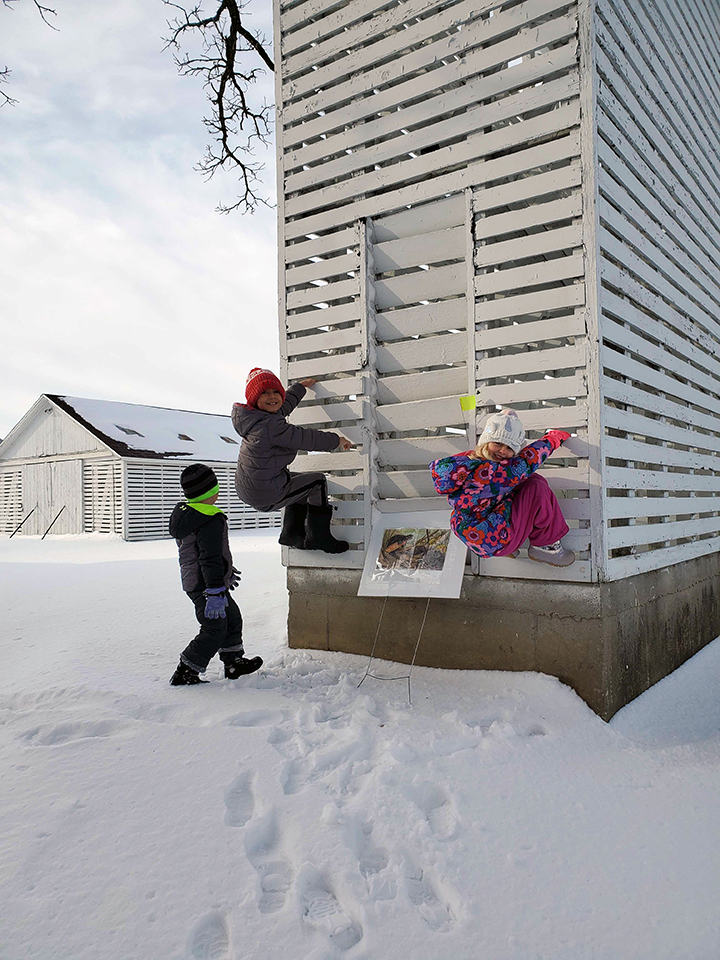 Griffin, Kohl, and Harper climbing on the corn crib, where one of the Story Walk pages was posted. 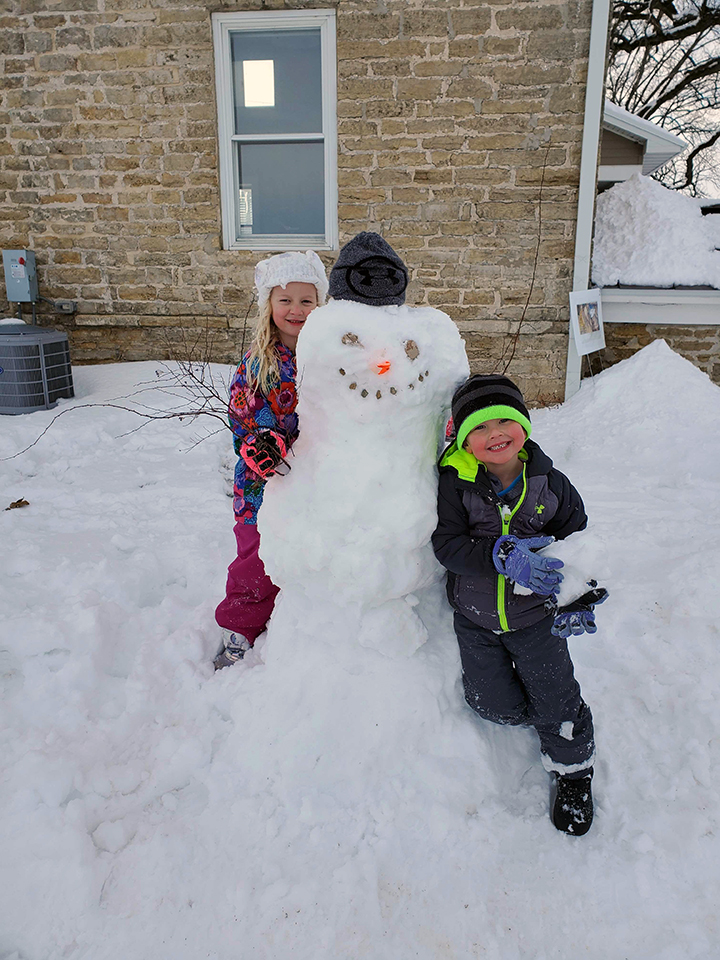 Harper and Griffin, finished with making a snowman near the Stonehouse Visitors Center 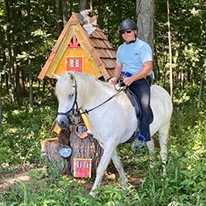 The Story Behind the “Mulberry House” 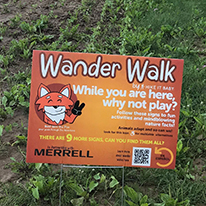 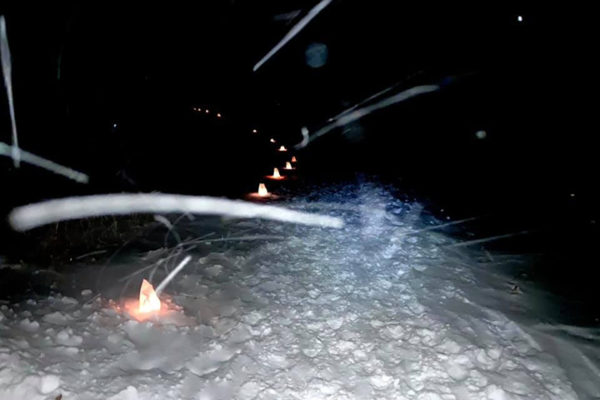