The Genius Behind the Heirloom Orchard: Dan Bussey 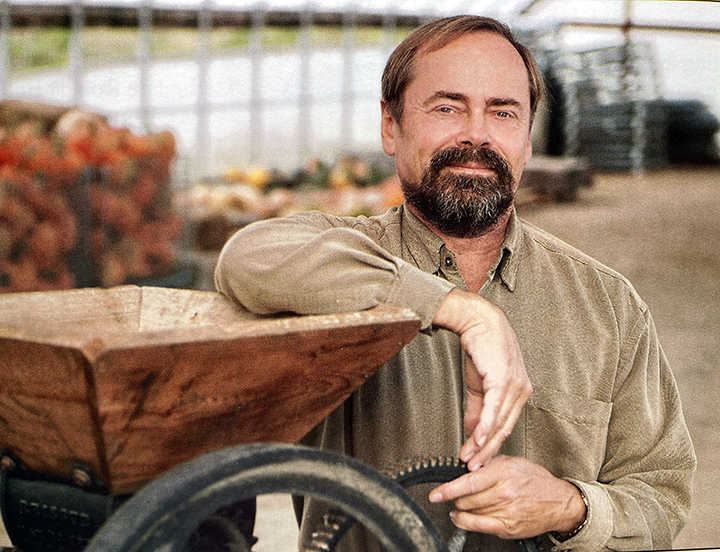 Inside Dan Bussey, recognized Apple Historian, is a young boy who grew up near the Russell and Irene Silverwood’s farm. His interest in “all things apple” eventually led to a position as Orchard Manager for Seed Savers Exchange, the nation’s largest network of gardeners preserving heirloom varieties and sharing seeds. Dan got in the habit of bringing Irene Silverwood bushels of her favorite apple variety, the Idared, every year.

By the time Dan left Seed Savers Exchange in 2018, Russell and Irene had passed away, and Irene’s donation of the family farm to Dane County had resulted in a 300-acre public facility dedicated to recreation, cultivation, and education.

Dan found himself in possession of a collection of heirloom apple seedlings, with nowhere to plant them. He approached the Friends of Silverwood Park and soon official blessing was obtained from Dane County to plant them. The Dane County Board financed building a fence to enclose the 15-acre orchard and protect the valuable seedlings from deer damage and also theft while they are young and vulnerable.

The orchard is completely organic, and once the trees mature, park visitors will be encouraged to sample and enjoy the fruit.

“The ground is variable, from clay to sand spits,” Dan said, “and we took advantage of that” to place apple varieties according to their needs. The fenced orchard is located in the southeast corner of Silverwood Park, along Hwy 106 to the south of the entrance road. An equestrian trail passes near the orchard. 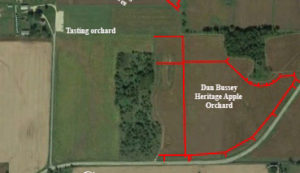 Dan is also the man behind “Irene’s Orchard,” which is located just west of the farmstead next to the corn cribs. “That’s where I first started planting, because of my history with Irene,” Dan said.

Dan is an educator at heart–a devoted apple lover who has published a seven-volume history titled The Illustrated History of Apples in America and Canada.

Education is a key piece of Dan’s plan for the heirloom orchard. QR codes will be placed on each tree, allowing anyone with a smartphone to find out the variety, physical description, and history of that tree. “That will be awhile in coming, but the technology already exists,” said Dan.

Dan is passionate about the wide variety of apple varieties that will be in the orchard. “This will be one of the largest collections of apples that originated in Wisconsin and is part of our heritage of growing apples in the Badger State,” He said. “Besides Wisconsin apples, this collection will have apples that date back to the 1200s and will include some of the apples that were first brought over from Europe in the late 1500s. The mix of varieties will include apples for cooking, fresh eating, and stock feeding, as well as cider apples.” Dan and the Friends of Silverwood Park hope to establish a cider press at Silverwood where fresh cider can be made from the 600 varieties that will eventually be establish in the orchard. “This collection will grow as we find rare apples that we know to exist in backyards, old farmsteads and forgotten places in Wisconsin,” Dan added. 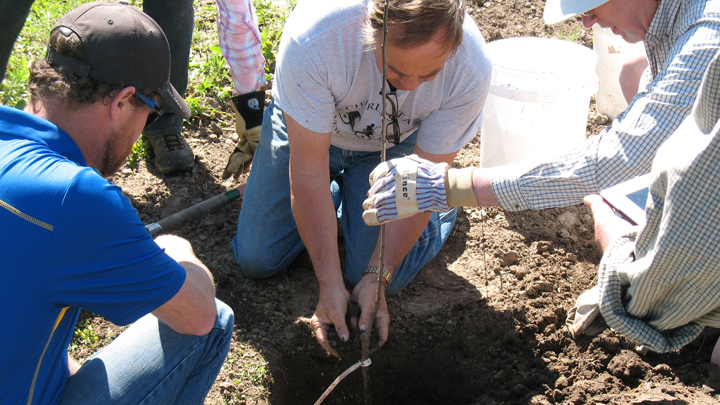 For visitors, sampling the apples when they visit will be a unique opportunity, nearly impossible to find elsewhere. The apples are grown using organic practices with large areas of pollinator habitat spaced throughout the orchard; a veritable feast for the eye as well as the taste buds.

Dan shares his love of apples in many ways—teaching classes in pruning and cider-making, for example. “I love cooking with apples. I encourage everyone I meet to explore, experiment—it builds your confidence. Have fun with it!” he says. 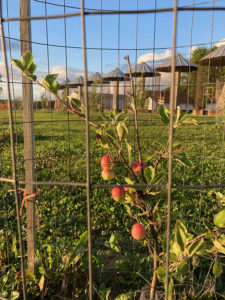 A young sapling in Irene’s Orchard

It takes five to seven years for an apple seedling to mature to where it produces fruit. There is a surprising amount of movement during those years—one would think trees would just stay put and grow where planted. In fact, says Dan, the process of grafting to produce new trees requires planting first in a close configuration, then moving the healthiest little trees to where they’ll have more room to grow. Dan described an old German custom of maintaining the proper orientation toward the north when the trees are moved, so they don’t have to adjust to unnatural change, and placing nails in the ground with the root-balls to provide iron to nourish the seedlings. In 2022, Dan foresees needing volunteers at the park to help him transplant maturing saplings to their “forever homes” in the orchard.

Come meet Dan at the Harvest Fest at Silverwood Park on September 25. Dan’s message to park visitors, “Stay tuned—come by in a few years. You’ll be able to take a hike, then come by the orchard and sample the apples, maybe drink some fresh-pressed cider. There’s a spot at the crest of the hill with a beautiful view of the east. Come out on a fall afternoon, sit down with a picnic, and enjoy life.” 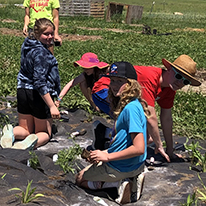 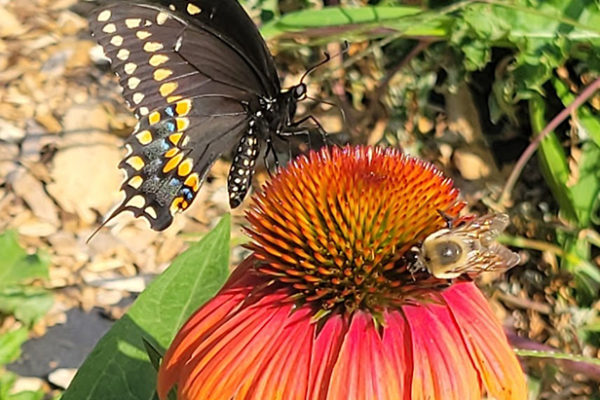 New at the Park: Monarch Waystation Designation for Pollinator Gardens 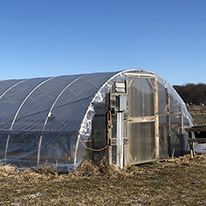 Recovering the Hoophouse Shows Our Growers Some Love